Building a resilient and impactful ESG (and corporate) strategy

Earlier this year Donato Calace, SVP of Accounts & Innovation at Datamaran, sat down with Ioannis Ioannou, Associate Professor of Strategy and Entrepreneurship at London Business School - and an expert in ESG - to discuss some critical issues related to ESG strategy and reporting, greenwashing and how the C-suite needed to respond and act. This is part two of their conversation.

Q: What do you see as the crucial elements to build a resilient and impactful ESG strategy, but also broader corporate strategy, in 2023?

I think there are a few things that companies will have to strategically navigate:

All of those trends will inevitably continue in 2023. And in my view, I think COP 26 kind of signaled that, in some ways at least, the private sector would be in the driver's seat for a transition towards a low carbon economy, because given the state of the political system, and in many ways, the state of politics and the state of global institutions, it seems less likely that they were able to resolve this problem. So there is a lot of scope for the private sector to step in. So that's one major strategic consideration.

What I mean by that is, yes, you're an ambitious company, you set a target, and you really want to get to a net-zero economy. But there might be a gap between what you say and what you do well, because you might be incompetent or you might not have the innovation capability to get there, or you lack the capability to transform yourself in order to become a net-zero company.

In other words, we need to consider this when we talk about greenwashing. And again, that's exactly why it's a strategic consideration for 2023; we need to be able to be more sophisticated and try to understand what's happening, what is driving the gap between what companies say, and what companies do.

There's no question that there's going to be a set of companies that intentionally do this. Whether they lie or exaggerate their environmental credentials and so on. But on the other hand, there are companies that I think are ambitious but might be totally incapable; they might lack the resources. And at the end of the day, let's think about it: this is a transformation that nobody has ever done before. 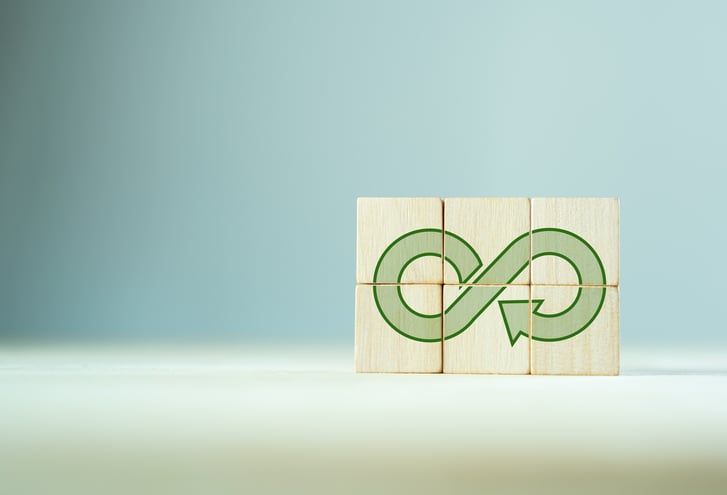 Even today, with the leading companies, I don't think we have a 100% sustainable company that can serve as a role model for everyone else to follow. So there is a process of experimentation in terms of “how do I go from a commitment to implementation?” And inevitably, as every process of implementation and experimentation, it will entail a lot of failure along the way.

But you see from the outside that failure to implement will be perceived potentially as greenwashing. But the real underlying factors is not for instance, criminal intent, but sometimes incompetence or lack of resources. So I think that's going to be a major issue that companies have to navigate. They will have to communicate, they have to really try to align those targets and objectives with their implementation and transition plans.

I think that's also where regulators come in. And they have to be able to distinguish between different kinds of greenwashing. Because you want companies to be ambitious. Of course you want them to set Net Zero targets. You want them to go full speed, full commitment, even at the symbolic level, right? Because how else do you motivate employees? How well do you motivate organizational change unless you really set these ambitious objectives in order to get the machinery, in order to get the organization moving in that direction?

And therefore another big task from a regulatory perspective is to find out and eliminate cases of intentional lying and exaggeration and greenwashing. But also think about how institutions can help those companies that lack the resources to transition even though they want to, to be able to do so. And I don't think we have those kinds of institutions, or enough of them anyway.

And I think what companies are increasingly realizing is that it's not enough to go on a three-day executive course and learn about biodiversity and then devise strategy. These are specialisms and a lot of them are scientific issues that need a foundation, that need a more profound understanding.

The same applies to social issues. If we start talking about inequality and human rights for instance, that also needs very specialized, deep knowledge. So I think a lot of companies are realizing, again, they lack in-house expertise, and sometimes even third-party expertise, to help them in those particular dimensions. Because these aren't biodiversity experts.

I think that's really helpful. So I'll try to summarize a bit the key points there, because there's a lot but I think there are at least two or three main themes there: 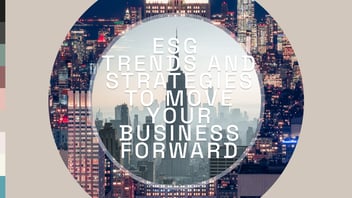 ESG trends and strategies to move your business forward

Datamaran hosted over 80 C-suite and ESG leaders during Climate Week 2022 in New York City to... 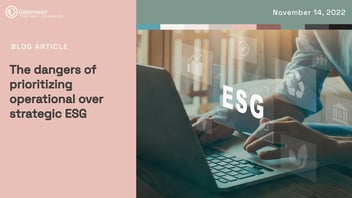 The dangers of prioritizing operational over strategic ESG

Earlier this year Donato Calace, SVP of Accounts & Innovation at Datamaran, sat down with Ioannis... 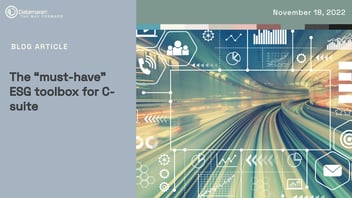 The “must-have” ESG toolbox for C-suite

Earlier this year Donato Calace, SVP of Accounts & Innovation at Datamaran, sat down with Ioannis...